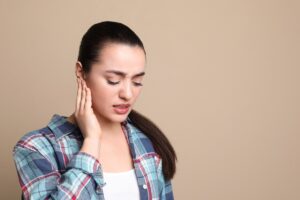 Hearing loss and tinnitus are closely related conditions. Although there are many different types of each, some of the most common forms of hearing loss and tinnitus are located in the tiny, hairlike organelles of the inner ear, called stereocilia. These cell clusters are very sensitive to changes in the inner ear, making it possible to detect slight differences in sounds. This sensitivity even makes it possible to tell the difference between voices, regional accents, or the subtlety of music, but it also leaves the stereocilia vulnerable to damage.

If they are exposed to too much sound pressure, they can become bent, broken, or otherwise damaged. When the stereocilia are damaged, two things can happen. In one case, they will no longer be able to detect specific frequencies of sound, leading to hearing loss. In the other case, they can be effectively turned “on,” creating the sensation of sound even when there is no sound present, otherwise known as tinnitus.

With these two joint conditions in mind, we can see that certain other experiences and physical conditions can be connected to both of them. Such is the case with mental health conditions such as depression and anxiety, and a recent study points to a joint connection with migraines, as well.

Although this study was sufficient to establish a connection between the conditions, it was not enough to show that the migraines were caused by hearing loss or tinnitus, or vice versa. It also did not establish a mechanism in the body that connected these conditions to one another. We know that hearing loss and tinnitus are connected, specifically when there is damage to the stereocilia, but we still don’t know how to explain the relationship with migraines. Although this relationship remains unknown, the authors of the study were keen to encourage neurologists, primary care physicians, and pain specialists to think about migraines as a potential warning sign of hearing loss and tinnitus. They encouraged these medical professionals to advise migraine patients to get a hearing test to see if they have these conditions at the same time.

If you or someone you love has migraines, why not take these researchers’ advice and schedule a hearing test? When you get your test, you will have a full diagnosis of your hearing ability, and this diagnosis will enable our hearing healthcare professionals to connect you with the right treatment for your needs. Although the current research is insufficient to demonstrate the connection, getting treatment for your hearing loss or tinnitus might be a path toward migraine management. While working in concert with your healthcare team, you can get the help you need to manage these three conditions through an integrative medical plan.

soundhearing.local is a company that works within and around the M25.

Our purpose is to provide high quality, transparent and affordable hearing care.

Our website outlines every product available on the market from the main hearing aid manufacturers. We provide detailed descriptions of each hearing aid and its features allowing you to compare hearing aids from each range.

Unlike many high street providers, we are not owned (partially or wholly) by a particular manufacturer, which is why we can offer you the choice of hundreds of hearing aids.

To help you make the right choice, feel free to contact us for advice and to answer any questions you may have.  An audiologist can also come to your home free of charge in order to assess your hearing and your listening needs.